Our observations included how dark the homes are, even on the brightest of days.  There are few candles, and windows are very small to keep the warmth inside the home. The home’s sole door was often kept open as a way to vent smoke. Because these 1627 homes were often one-room structures, we imagine that neighbors could see into (and certainly hear) activities taking place — in Plimoth Plantation, homes were no more than thirty feet apart. There is no record that a neighbor heard Martha screaming that July morning, so perhaps she was sleeping when the first cut occurred to her windpipe, effectively silencing her.

The main floor of a 1627 “middle class” family (not the Bradfords or Winslows, for example) had a marital bed raised from the floor, a dining table, and cooking fireplace. There were no meal preparation areas beyond the latter two and simple tableside benches. Many homes had but a couple of chairs. The floors were pressed earth. As mothers, we could envision toddlers in long gowns, struggling to stay upright over the lumpy ground. Many homes had a shelf attached to the wall where the family pot and plates resided. Books were rare, although I spoke to Edward Winslow’s servant (or, rather, a reenactor) who said her master brought over a trunk full of books that he shared with neighbors. Certainly, there wasn’t much time for reading. It seemed that every woman I met that November was harvesting seed from dried plants, tending to the fire, or explaining she surely did not know how to use the autofocus camera feature for a tourist’s quaint shot.

The shelf where the Winslows kept some of their books.

There was also not an abundance of clothes and, since we visited in autumn, it appeared they were wearing everything they owned. Enduring a Cape winter without central heating or polar fleece makes these people heroic on those grounds alone. The fireplaces, such as they were, were problematic. Some families fluted smoke out of the home through the roof, but others chose indirect ventilation techniques in an effort to maintain the heat. These homes could quickly fill with smoke, forcing the inhabitants to open doors and fan the space.

In these one-room dwellings, all interior family life took place: cooking, eating, sleeping, mending, the making and raising of babies. We were, naturally, especially interested in where children slept. We never encountered a Plimoth Plantation home in which bedding was placed in the loft. These spaces, instead, were used for storage of food supplies, tools, and construction supplies. Perhaps, by 1648, these spaces had evolved to include a sleeping nook for children, but when we asked numerous reenactors if children ever slept in the loft, we got dubious looks. Instead, children’s bedding was often a futon-like mattress that was placed on the floor at night and stored in a corner or on the marital bed during the day. 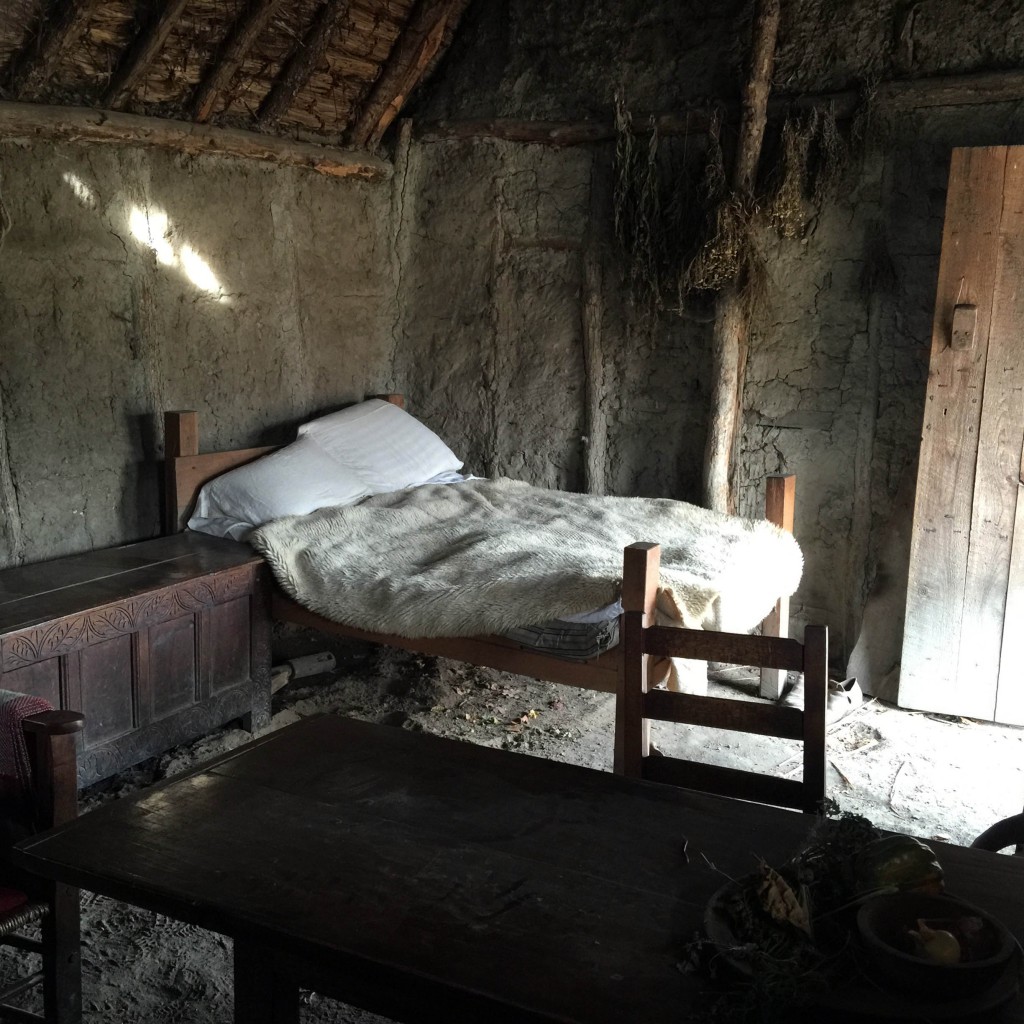 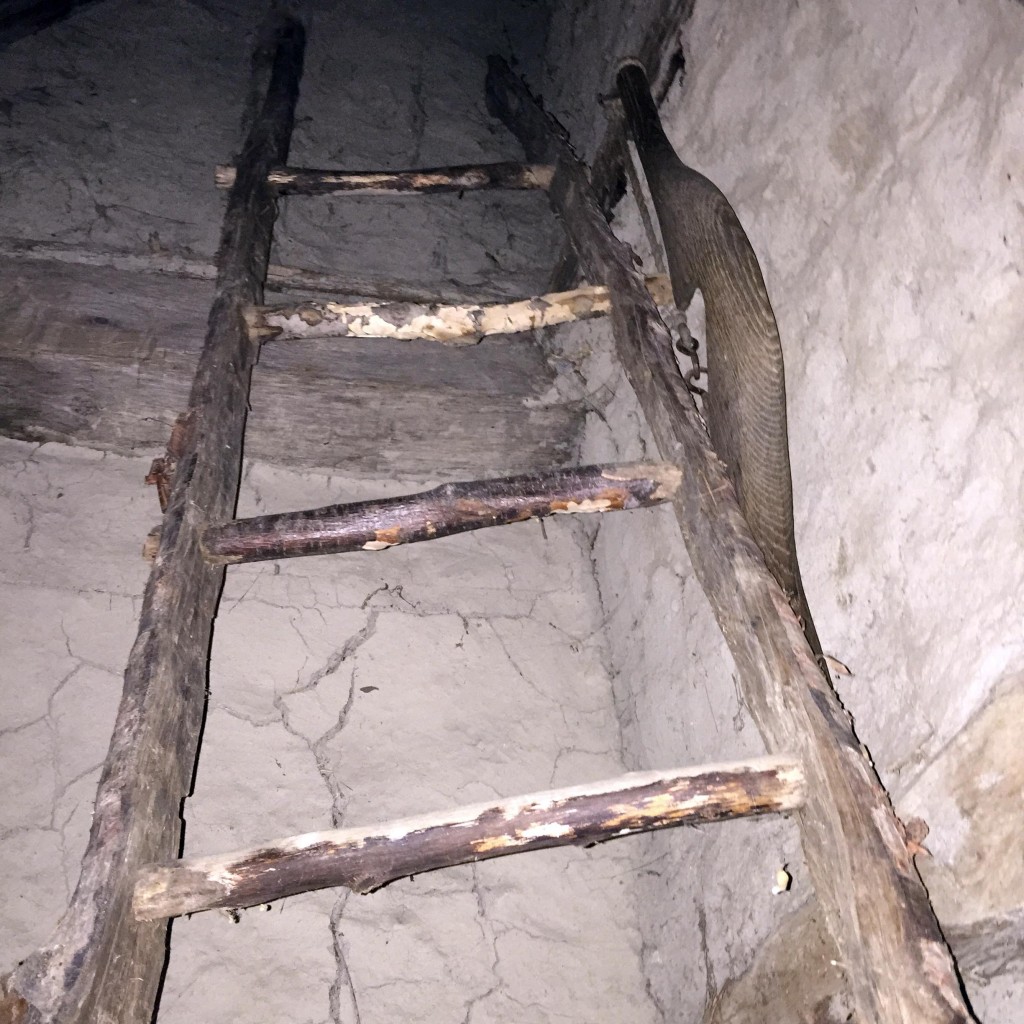 1627 replica ladder into loft space where grains and tools are kept. The entrance to the loft was often at the front door entrance.

This only confounds our re-creation of Martha’s murder and, fair warning, these next paragraphs will be graphic. It also speaks to the great advocacy Kristin and some readers have done urging me to reconsider how the murder happened.

The coroners and Rachel Ramsden both testified that Martha was found in the “upper chamber,” lying on her left side. My earlier assumption had been that Martha slept in the loft with, at least, her older sister, and was murdered there, likely while she slept. Now, we are considering the more typical sleeping arrangement where the girls all slept downstairs. As we discuss the logistics of the home and the scant evidence we have, we conclude Martha must have been out of bed when she was killed. Perhaps, Martha was on the first floor when her mother came after her. Then, in an attempt to hide the evidence, Alice places Martha in the loft.

If, however, she was killed downstairs…there are a few unresolved matters: One, the recorded evidence only speaks of the blood at the foot of the ladder — no mention of blood on Alice or in the main room. (Read the coroners’ inquest here.) This may well mean that blood was present, simply not documented. However, several deep cuts to anyone’s throat will produce immediate and copious blood flow and spray, including on the attacker. It seems odd that Rachel never mentioned seeing a bloody Alice.

Secondly, Martha and the knife were found in the upper chamber. This means Alice had to carry the literal dead weight of a child — likely more than 30 pounds — as well as the knife, up a ladder and place them there. Now certainly, this was feasible as heavier items were kept in these lofts. To me, it seems this would be a task commonly done by men because of the upper body strength required. (If we only knew where Richard was that morning and in what condition.) But, colonial women were likely a hardier breed than today’s American woman. Nonetheless, as evidenced by these pictures, it would take a lot of strength and balance to deposit a small body in the loft – the ladder is a lean-to and the space is small. Because of how the ladder leans against the sturdier wall (instead of the loft entrance), one must turn with the load and then deposit it into the loft, navigating an empty space of about two feet. 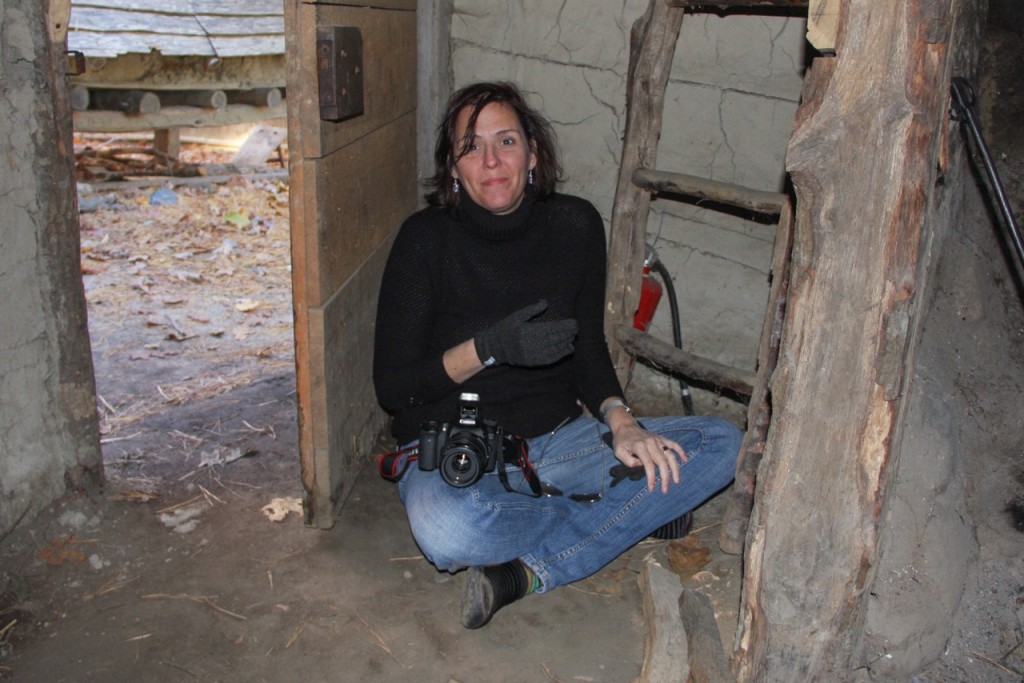 Erin working at the base of the loft’s ladder. Where did the murder occur?

The flooring of the upper chamber is slotted and, horrifically, much of Martha’s blood would have dripped down to the floor below if bedding or straw were not present to absorb it. This can account for some of the blood found at the foot of the ladder. But, we wondered, why put such effort into hiding the body only then to immediately confess? Perhaps, Alice thought she could hide what she had done, but the moment she was interrogated, she knew the gig was up. We must remember that Alice told Rachel she should look to the upper chamber. In other words, she at least admitted her child was dead even before the coroners arrived.

If we commit to the premise that Martha was murdered in the loft, we have to wonder, “Why was she there?” Perhaps, she was doing something naughty, poking holes in a grain bag with a swiped knife and her mother caught her. An unholy rage took over Alice and she killed Martha. We know Rachel testified that, “She saw the child abed asleep.” I obviously made the assumption that Martha slept in the loft in which her body was found. But Kristin (as well as at least one of our readers) thinks the girls’ bed would have been downstairs — regardless of where the murder actually occurred.

A final scenario places Alice’s homicidal rage (or psychotic delusion) smoldering downstairs. Something then sets her off and she chases poor Martha into the loft. This does not explain — explain well, at least — the blood at the foot of the ladder. If Alice made the first cut there, as Martha attempted to scramble up the ladder (and why didn’t the child run our the front door instead?), the injury was likely significant enough that Martha couldn’t have managed to get up the ladder after that. This would mean, instead, that Martha got all the way into the loft before her mother caught hold of her. How did a neighbor not hear her screaming and come by? We just can’t seem to find one scenario that debunks the feasibility of others.

Ideally, we would like a re-created home from 1648 Plymouth Colony to explore. Perhaps our readers can suggest a site to visit or readings that can provide this information. For now, our conclusions are these:

Kristin has asked, more than once, why I care so much — the sequence of the day, determining where Martha slept, navigating a ladder with a heavy load. It’s a Sisyphean task for me. I’m likely never to have more “crime scene” evidence and witness testimony, but I certainly wish I did. For me, these things speak to motive and where my ultimate, unanswerable question remains, “Why did Alice murder Martha?”

8 thoughts on “Re-creating and Questioning How Martha Was Murdered”