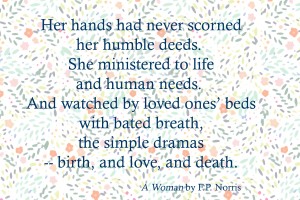 Timeline to Martha’s murder: In 1639 Alice marries George Clarke. They have a daughter, Abigail, ca. 1641. In 1644, Martha is born, George Clarke dies, and Alice remarries Richard Bishop in December of that year.  In 1645, Damaris Bishop is born. On Wednesday, July 22, 1648, Alice murders her four year-old daughter, Martha Clarke.

At the end of this post are the original Plymouth Colony court records pertaining to the Clarke murder inquest and Alice Martin Bishop (AMB) trial. But, first, it might be helpful to understand the likely layout of the Bishop home. Their land lot was in the vicinity of 50×40 feet based on the number of persons living in the home and typical allotments for this period. The main floor was simply a large room with a hearth on one side. Cooking and dining took place here as well as this being the space in which Alice and Richard would have slept.

A steeply pitched, thatch roof permitted for one loft bedroom and this is where Abigail, Martha, and Damaris shared a bed (As a toddler, it is possible Damaris would have been co-sleeping with her parents, especially if she was still nursing). A small nook off of the main floor may have been an addition in the Bishop home for food and tool storage. Small windows provided some light but most came from the fireplace where cooking took place. On a July morning, it’s questionable that a large fire, giving off significant light, would have been burning. There would be no direct light in the loft.

Below is a reconstruction of the day’s events.

Throughout the inquest and trial as well as in Rachel’s testimony, there are no recorded statements as to the whereabouts of Richard, Abigail, or Damaris. There is also no mention if other adults resided in the home. We have no records as to whether AMB ever explained why she killed Martha.

As horrific as the events seem now, there is no evidence that July 22, 1648 did not begin like any other summer day in the colony. The Bishop household was up early — at least Alice, Richard, and Abigail, who had chores. Perhaps Alice let Damaris and Martha sleep in. Maybe older Abigail was sent to fetch water and Richard had left for his day’s work. Alice would prepare a morning meal like cornmeal porridge.

We feel it’s reasonable to conclude the murder happened in the mid to late morning hours. Again, we considered the buttermilk being something a mother would need earlier in the day while preparing meals. Furthermore, the presumed absence of Abigail and Richard connotes being outside of the home to attend to tasks before the worst of the day’s heat set in. Finally, Martha was still in bed in her shift (although she may have been lying down for a summer day nap).

We are left with a lot of questions and no recorded actual eyewitnesses — save for AMB. Rachel and the coroners only witnessed the aftermath of Martha’s murder.

The questions are endless:

Here are the relevant text excerpts from which we have reconstructed the murder and trial.

These show, that on July the 22nd, 1648, we, whose names are underwritten, were sworn by Mr. Bradford, Governor, to make inquiry of the death of the child of Alice Bishop, the wife of Richard Bishop.

We declare, that coming into the house of the said Richard Bishop, we saw at the foot of a ladder which lead into an upper chamber, much blood; and going up all of us into the chamber, we found a woman child, of about four years of age, lying in her shift upon her left cheek, with her throat cut with [numerous] gashes cross ways, the wind pipe cut and stuck into the throat downward, and a bloody knife lying by the side of the child, with which knife all of us judged, and the said Allis hath confessed to five of us at one time, that she murdered the child with the said knife.

Rachel, the wife of Joseph Ramsden, aged about 23 years, being examined, said that coming to the house of Richard Bishop upon an errand, the wife of the said Richard Bishop requested her to go fetch her some buttermilk at Goodwife Winslows, and gave her a kettle for that purpose, and she went and did it; and before she went, she saw the child lying abed asleep, to her best discerning, and the woman was as well as she hath known her at any time; but when she came she found her sad and dumpish; she asked her what blood was that she saw at the ladder’s foot; she pointed unto the chamber, and bid her look, but she perceived she had killed her child, and being afraid, she refused, and ran and told her father and mother.

Moreover, she said the reason that moved her to think she had killed her child was that when she saw the blood she looked on the bed, and the child was not there.

Taken upon oath by me, WILLIAM BRADFORD, the day and year above written.

At a Court of Assistant held at New Plymouth, the first of August, 1648, before Mr. Bradford, Governor, Mr. Coliar, Captain Miles Standish, and Mr. William Thomas, gentlemen, Assistants, the said Alice, being examined, confessed she did commit the aforesaid murder, and is sorry for it.

These found the said Alice Bishop guilty of the said felonious murdering of Martha Clarke aforesaid; and so she had the sentence of death pronounced against her [and therefore] to be taken from the place where she was to the place from whence she came, and thence to the place of execution, and there to be hanged by the neck until her body is dead which accordingly was executed.