Although not part of the Alice Martin Bishop story, Kristin and I knew we wanted to go to Salem. Kristin has an odd envy that I descend from an accused and executed “witch,” Martha Allen Carrier. That’s right — I’ve discovered two women in my family have hanged. Here’s where Kristin likes to step in and say, “So far…”

I’ve known about my 8x great grandmother most of my life and was, honestly, not all that fascinated by her. The story of the Salem Witch Trials has been so thoroughly researched and sensationalized that Martha Carrier didn’t hold much appeal. What I was not prepared for was the emotion that struck me when I came to her memorial stone at the Witch Trials Memorial (established 1992). Tears welled up. I was angry and wanted to confront the accusers of MeeMaw Martha.

Many of New England’s older cemeteries are hot tourist destinations, partly for their creepy appeal and partly for the genealogical and historical value. But we should remember these are sacred spaces to be visited as such. Every etching we take of a grave marker, every step we take in the yards, is disruptive and can never be undone. Go visit them, but step carefully. I saw kids leap frogging stones and adults using them as ashtrays. That’s not tourism; that’s just tacky.

The other thing you can do is contribute to benevolent societies that maintain the upkeep for these grounds – cleaning stones, removing dead trees, and tending to the lawns. In some cases, the city or county is charged with this task, but in this age of budget shortfalls, groups like Friends of Burial Hill in Plymouth are often doing critical, sustaining work.

There are also two books that I’d recommend to learn about burial trends in colonial New England. Because of their older publication dates, you might have to search a wider cast in libraries and bookstores:

Over Their Dead Bodies: Yankee Epitaphs & History by Thomas Mann and Janet Greene (1962)

The Puritan Way of Death: A Study in Religion, Culture and Social Change by David E. Stannard (1977).

You might also want to check an earlier post on this blog discussing Pilgrim burial habits: Martha on the Day After Her Murder.

Lastly, here are photographs Kristin and I took of the cemeteries we visited in November 2014. 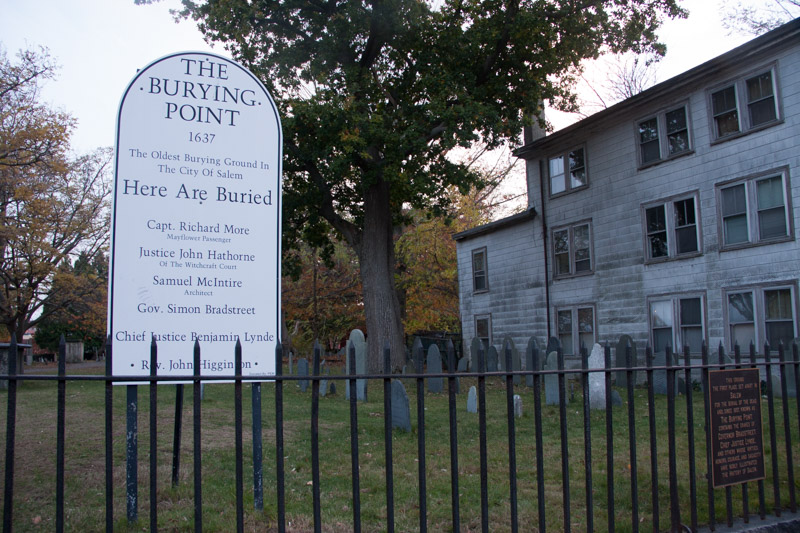 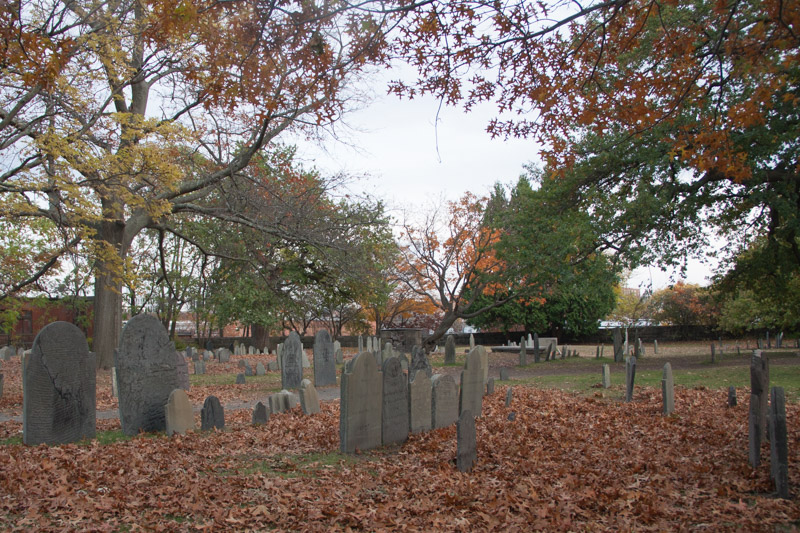 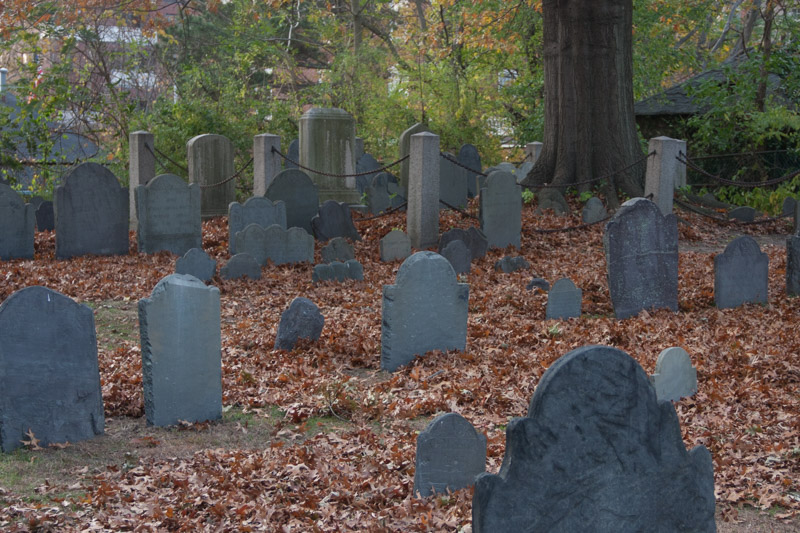 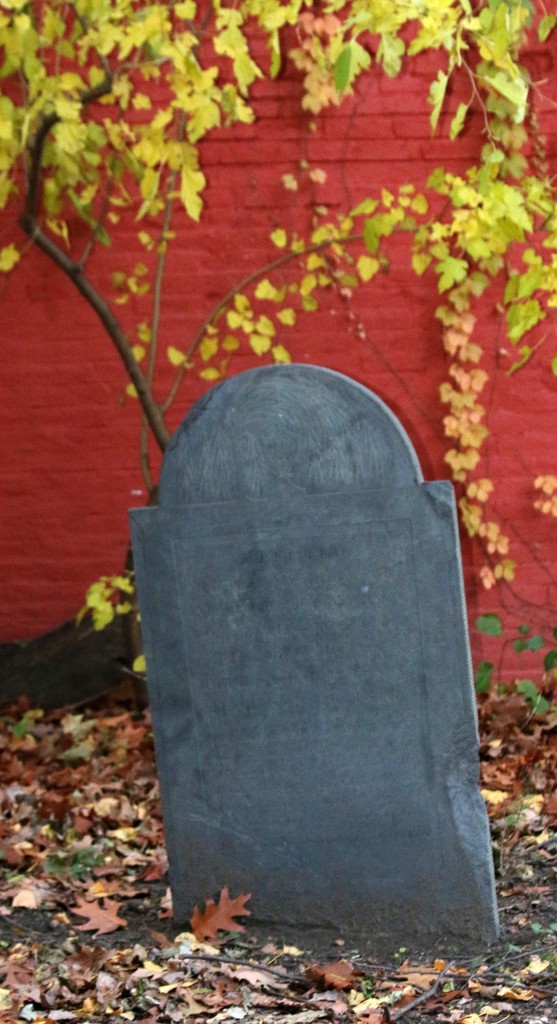 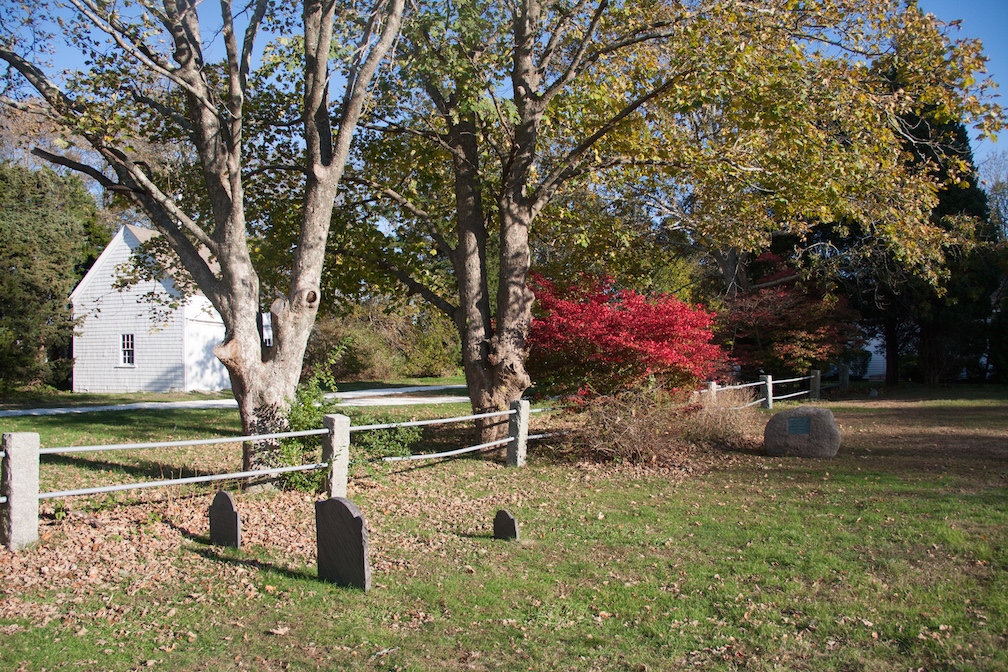 Several Mayflower passengers are buried in the Cove Burying Ground in Eastham. 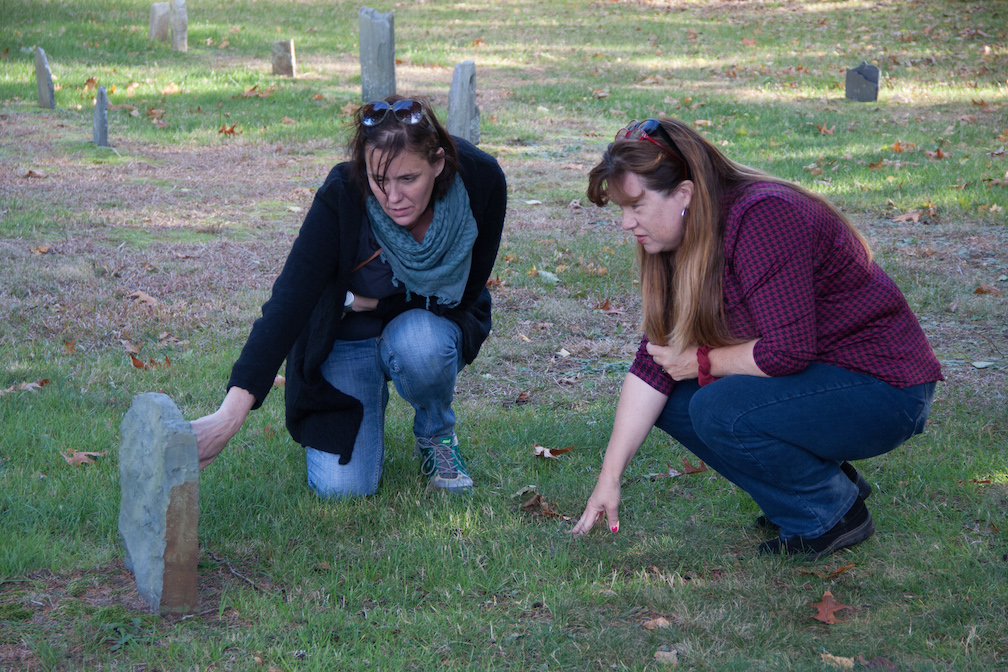 Erin and Kristin examine one of the old headstones in the Eastham cemetery. 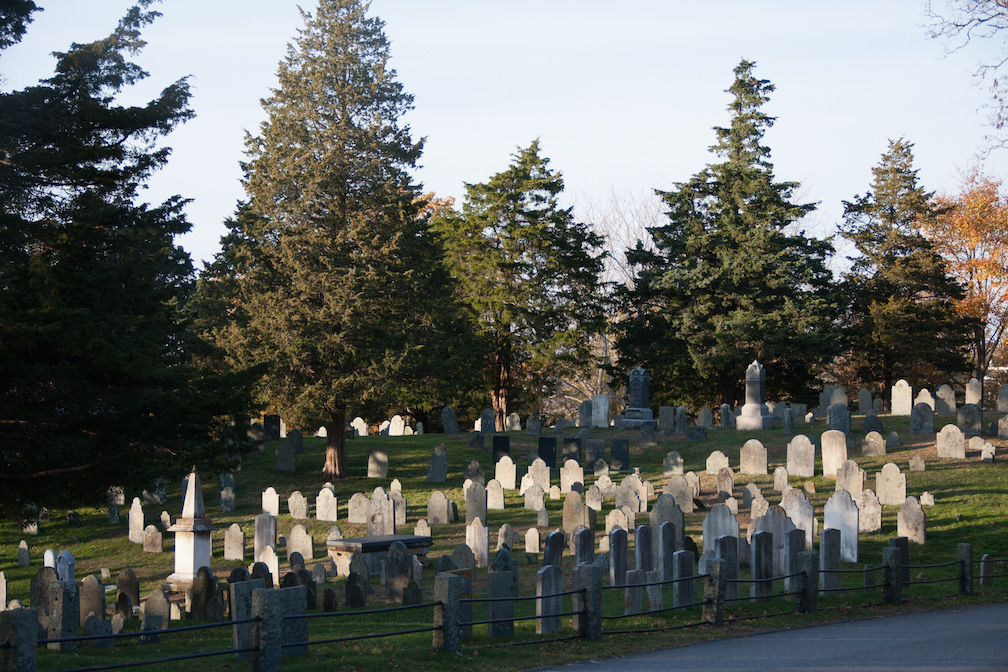 This is just a tiny area of the vast Cobb’s Hill Cemetery next to the Unitarian Church of Barnstable. 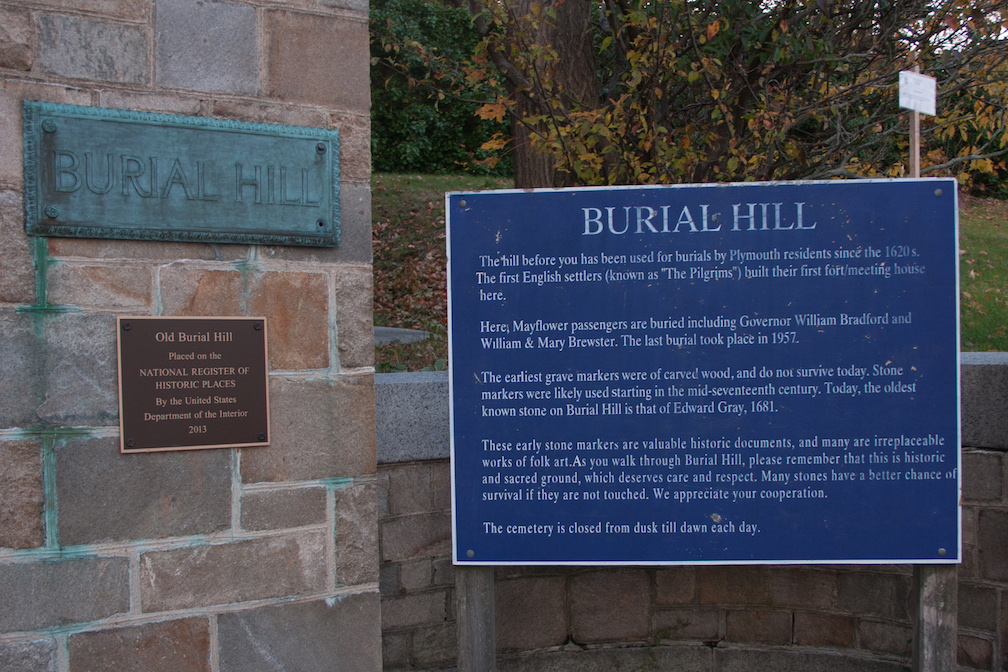 At the entrance to Burial Hill 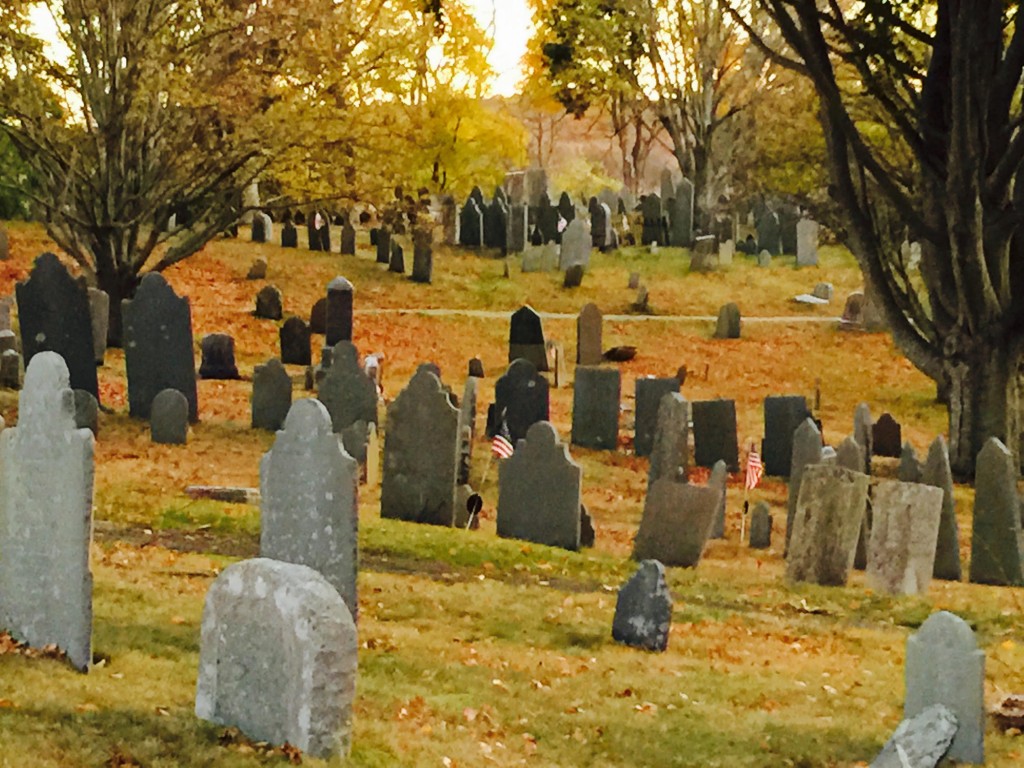 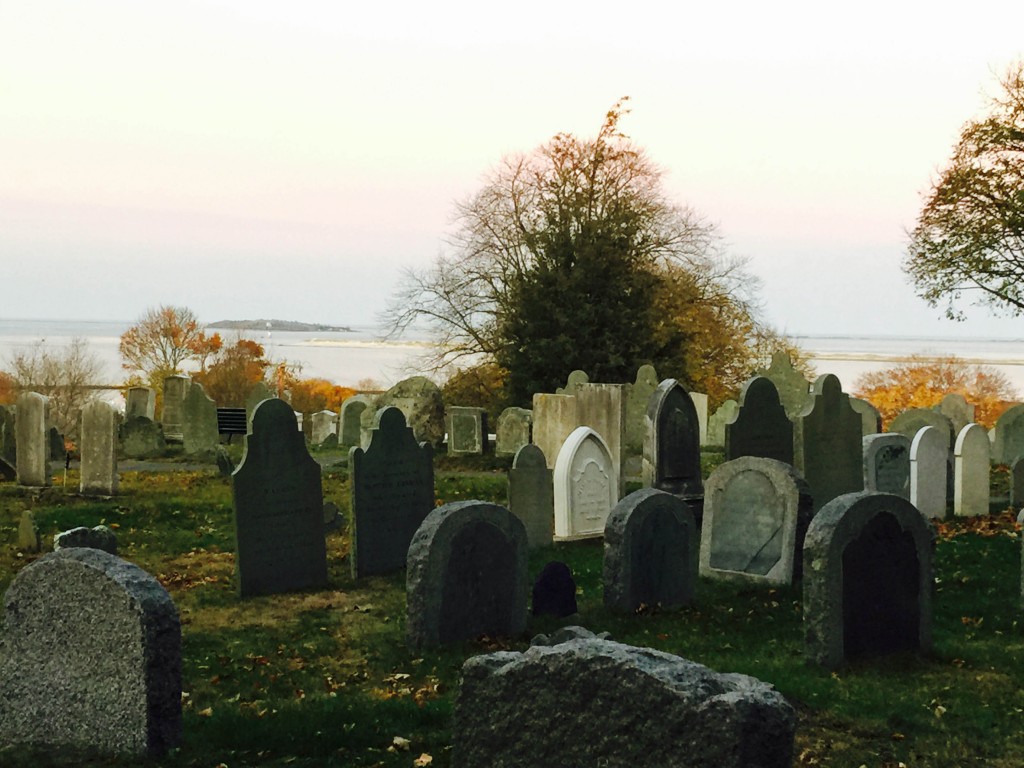 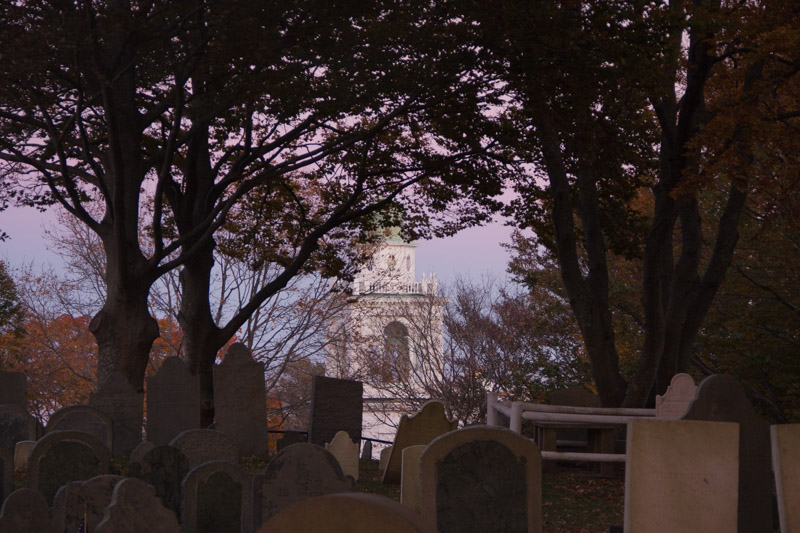 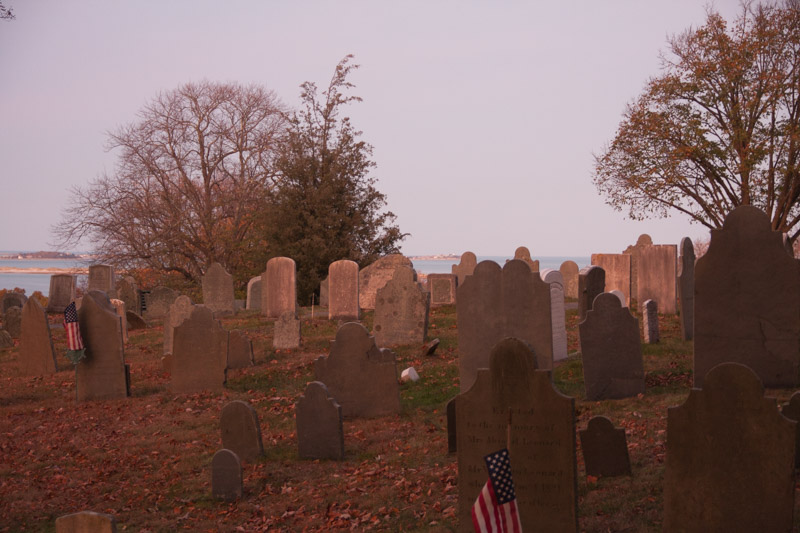 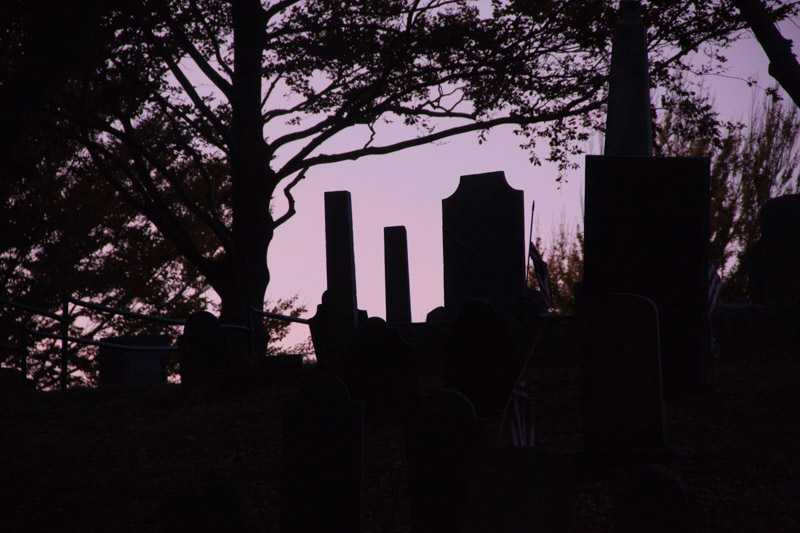 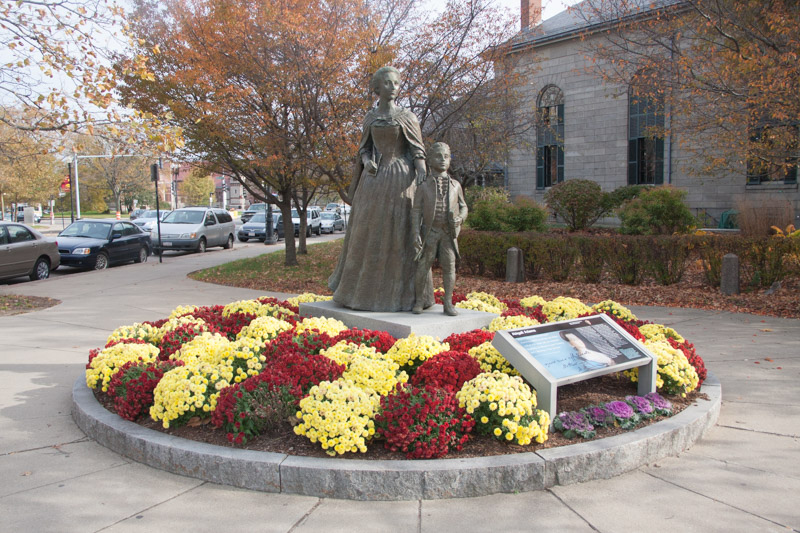 This statue of Abigail Adams and a young John Quincy Adams is next to United First Parish Church, where John, Abigail, John Quincy, and Louisa Adams are buried in Quincy, Massachusetts. 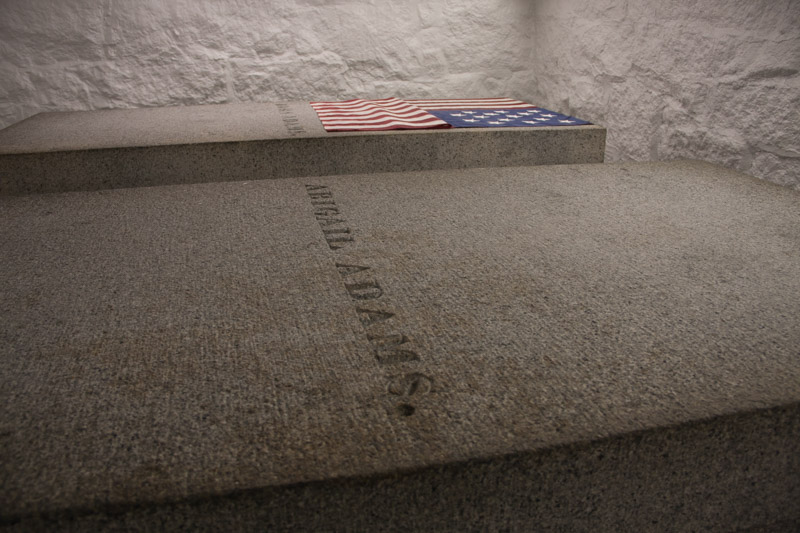 The tombs of John and Abigail Adams 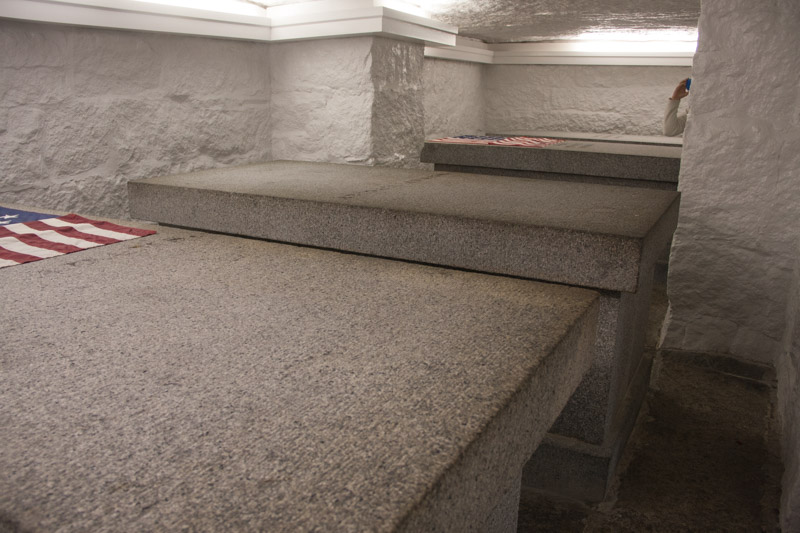 John Quincy Adams and his wife Louisa are at the other end of the room. That’s my friend Maureen’s elbow. 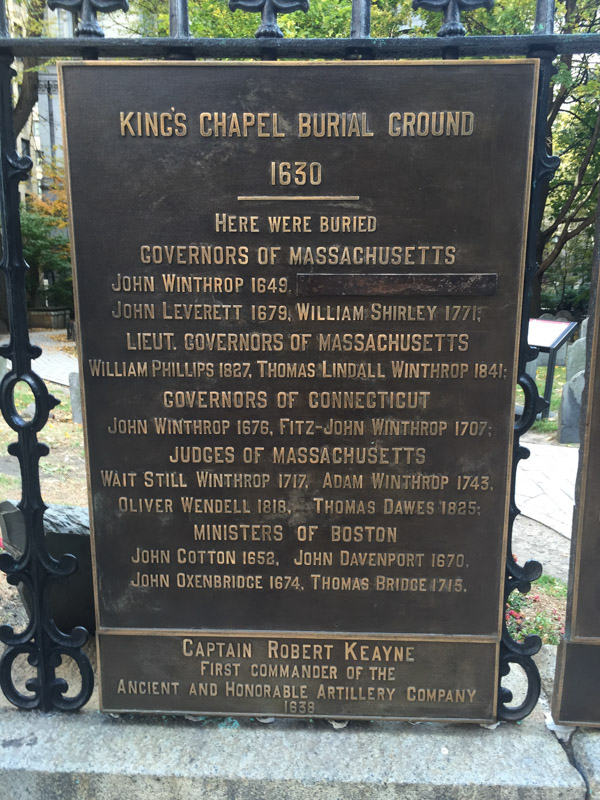 Several old cemeteries in Boston are tucked away right off of busy streets along the Freedom Trail. 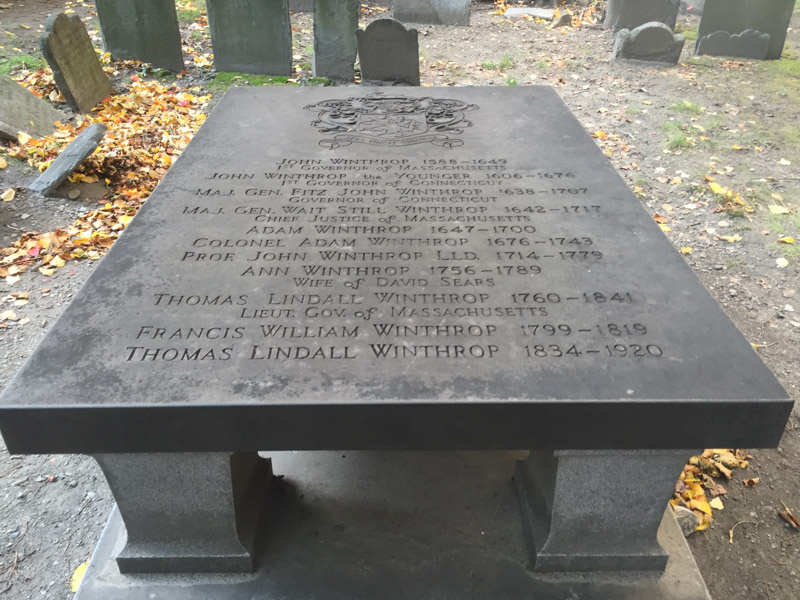 The grave of John Winthrop and many family members 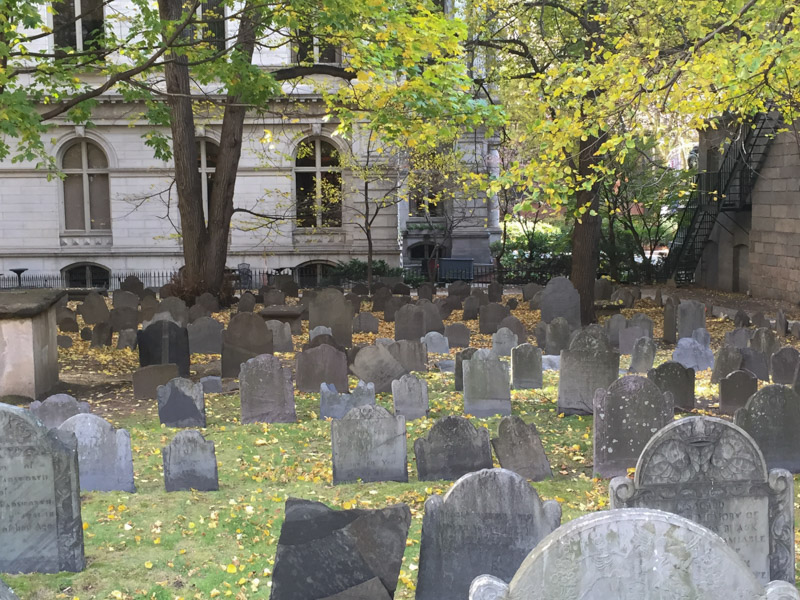 4 thoughts on “Laid to Unrest”