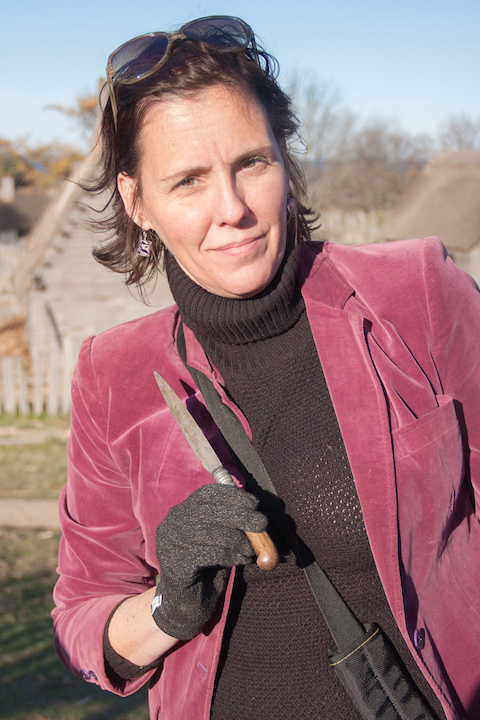 Women would have used their knives for all kinds of housewifery tasks, from preparing food to cooking to gardening. In fact, their knives were such an important part of their daily routine that goodwives actually attached them around their waist for easy access. 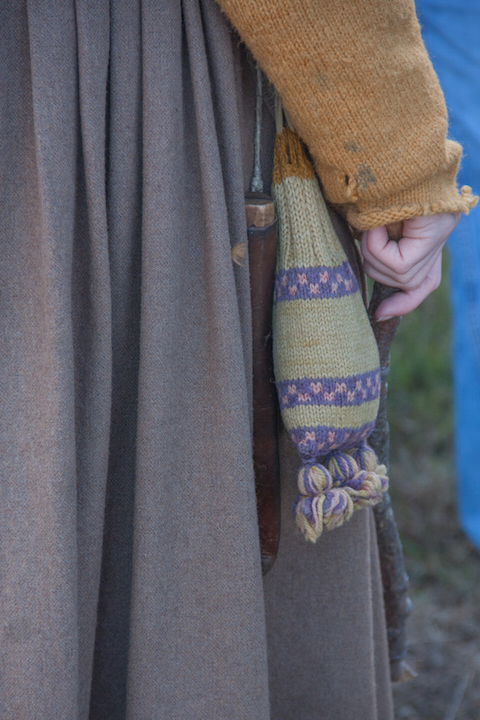 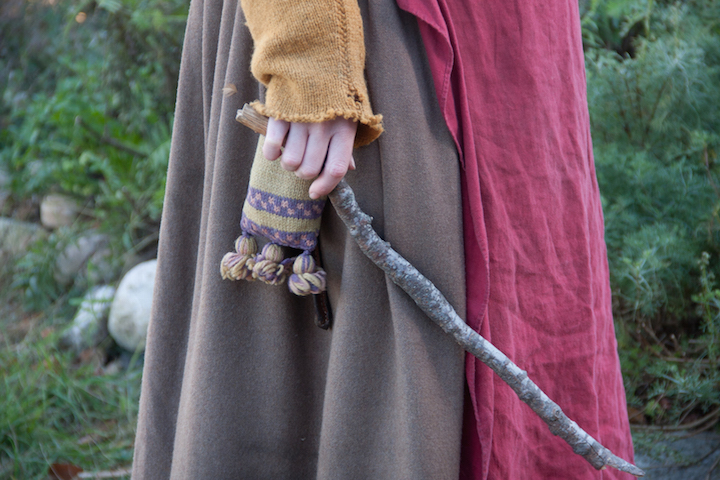 The reenactors we spoke with tried not to show concern as we questioned them about the finer points of their knives. These kinds of tools would have been imported from England; the ones we saw were cased in a sheath, presumably to protect both the wearer and the blade. 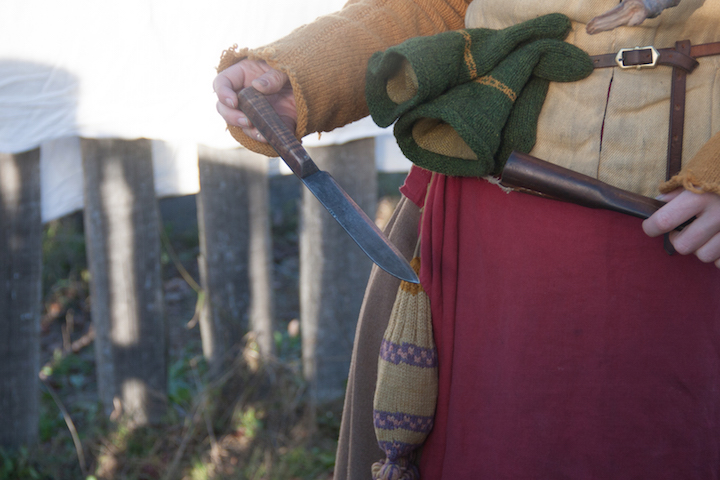 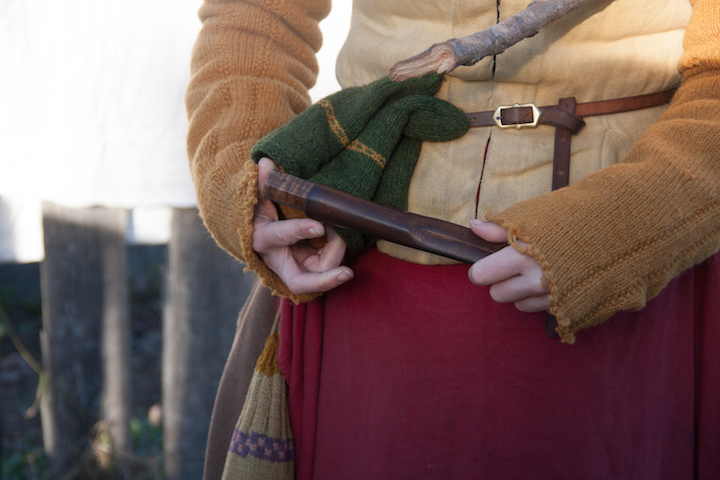 One of the questions that continues to bother us is why Alice Martin Bishop (AMB) killed Martha with a knife, rather than drowning her, for example, or smothering her. Although obviously the messiest option, and one that couldn’t be made to appear accidental, murder by knife actually makes more sense now that we’ve seen a seventeenth-century reproduction – and remember, Plimoth Plantation is set in 1627, 21 years before Martha died, so AMB’s knife would have been more like the iKnife 6.

Tethered around her waist, almost the equivalent of an extra appendage, the knife would have been the quickest way for AMB to have killed Martha, and for Martha to have died. Death by drowning or asphyxiation takes four or more minutes before the brain finally dies, and both would have required more effort on AMB’s part if she had to physically restrain Martha during part of that time.

Martha would have bled out in under a minute if her jugular were cut (a likely scenario when we consider the coroners’ observations), and AMB, adept at fileting fish and, perhaps, slaughtering small barn animals, would have been able to strike swiftly and skillfully, maybe (hopefully) before she realized what she had done.

One thought on “Rethinking the Knife”