Perhaps, Alice fell in love twice, and perhaps, she was loved in return. Regardless, she was expected to marry. Younger women in Plymouth Colony needed a place to live (at the home of their parents, spouse, or as a placed indentured servant) because there were, rarely, other options. There were no boarding rooms where single women could reside; indeed the colony had a housing shortage for many years. On the Mayflower, there were no single adult women (Johnson:  http://mayflowerhistory.com/women/), and the incomplete passenger lists we do have for the earliest colony arrivals illustrate that male emigration greatly outpaced female. As the colony grew in the 1620s and 1630s, unattached women did arrive, but were quickly placed with families as servants.

The more sinister truth is that the community was too dangerous for a woman to not have a protective bond tie from father, husband, or master. When reading through accounts of rape and premarital sex in sources such as the Plymouth Court Records (PCR), one may wonder if the latter was often a case of the former. There are, sadly, too many cases of master raping young servants and women accosted as they traveled in the community (Neuzil). 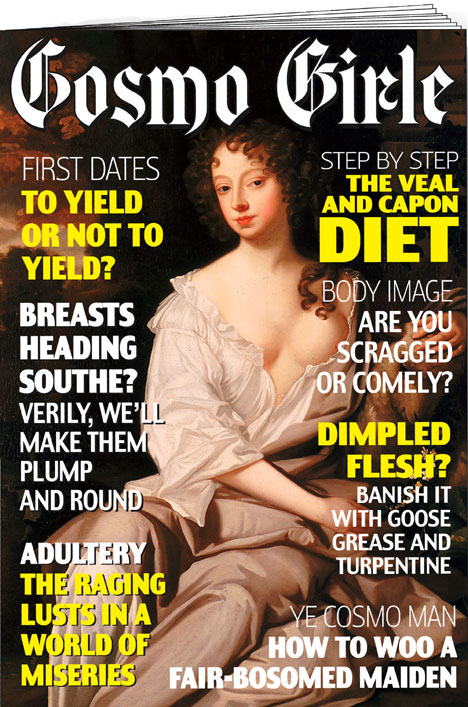 This is not to say that some Plymouth women never chose to engage in sex outside or before marriage. From 1633 until the end of the century, nearly 70 cases of “fornication” before marriage were brought before the courts. Overwhelmingly, these were couples who were not yet betrothed. (Lauria). Punishments for the crime of fornication included fines and corporal punishment, with both men and women ordered to sit in the stocks or be “severely whipt,” but was not universally applied. However, the man and woman in each particular instance often received the same punishment (Neuzil).

Women in Plymouth Colony were under watchful eyes. For instance, neighbors counted closely how soon after her marriage a mother delivered her first child. Anything less than eight months raised suspicion (Ward, 158). However, any notion that women were perceived as temptresses does not hold much merit for Plymouth Colony. Instead, women were viewed as susceptible and naïve to the advances of ill-intentioned men. Conniving women — witches and foremothers to Hester Pyrnne — were labeled as such in Massachusetts Bay Colony at a much greater frequency than Plymouth.

Yet, passions played out in Plymouth. Couples secreted away as they could, a few tender love letters remain and, certainly, we have the epic Henry Wadsworth Longfellow poem, “The Courtship of Miles Standish” which details, with some flowery license, the love triangle between Standish, Priscilla Mullens, and John Alden. This poem reiterates a New England colonial demographic throughout the seventeenth century: Men outnumbered women and therefore, one might think, women could be more selective in whom they chose to marry. However, women (including younger widows like Alice) likely married the men they regularly saw in their communities and, for Plymouth Colony in the 1640s, the pickings were slim.

Puritan engagements were not spawned entirely from romantic affection.   However, romantic practice was very much expected in Puritan marriages.  Husband and wife were to treat each other kindly, respectfully, tend to one another when ill, promise their bodies to each other only, and raise a family (Thompson, 126).

Securing the engagement was often solely the business of men: “It was forbidden to ‘make motion of marriage’ to any man’s daughter or maid-servant, not having first obtained leave and consent of the parents or masters to do so.” While this was a punishable offense by the courts (Maddox, 256), Plymouth colonists did believe genuine affection built strong marriages and families. We do not know who instigated the Clarke-Martin or Bishop-Martin engagements, but we also have no records that there were any objections to these unions.

Although biblically based in their function (to raise families), marriages were civil unions — in other words, Pilgrims were not married in the church. Adult Pilgrims were expected to marry and begin families; being a footloose bachelor or bachelorette would have been nonsensical in this community. When one spouse died, like George Clarke, persons often remarried within the year, in part because the community expected them to get on with the family-raising business. Most men and women were married by their early twenties.

There has been much made over the frigidity of Puritan and Pilgrim marriages, and it’s true colonists’ romantic bonds were less sentimentalized notions than we currently hold. Marital love, however, was more than a lucky byproduct of the civil arrangement. To love one’s spouse tenderly and above all others was an obligation owed to God (Morgan, 47).

In a time and culture where divorces were rarely granted, religious leaders acknowledged marriages could be challenging. Puritan John Cotton preached about women in 1694:

Women are Creatures without which there is no comfortable Living for man; it is true what is said of women can be said of Governments: That bad ones are better than none (Morgan, 29).

English Puritan William Whatley had an even less tender view (1624):

It comes to pass, that marriage proveth to many, just as the stocks to the drunkard; into which when his head was warm with wine and ale, he put his foot laughingly and with merriment; but a little after (having slept out his wine and cooled his head with a nap) he longs as much to get it out again.

Nonetheless, marriage was an expectation held to all Plymouth men. They were called by a higher authority to raise families, and perhaps more importantly, being a family man leveraged resource allotment, certainly indicating the need for a home, livestock, and land. For women, marriage was their appropriate societal placement: one was either a daughter, a servant, a wife, or a widow.

Perhaps, George and Alice, as well as Richard and Alice, felt they were well suited to one another in terms of social hierarchy. The expectation in Plymouth was that one would strive to marry within their own class (Morgan, 55). Perhaps all were young adults who had just completed apprenticeships and no family to claim in the New World.

As we consider Alice’s murdering motives, we’ve reviewed what we knew about the Bishop-Martin marriage. What we know is virtually nothing. There are no records to indicate the marriage was in dire straits.  That does not translate to it being a happy home. Spousal abuse was considered a criminal act in Plymouth and Massachusetts Bay Colonies and was punished (Jason). However, just as we know of contemporary domestic violence, we can presume a majority of cases were not reported. For a Plymouth woman to report a beating (or have her neighbors report it) could well mean her abuser was taken before the court, publicly shamed, and punished. When he returned home, it is safe to also presume vengeance outweighed repentance. If we consider that Alice was assaulted in her home, then we have to consider the same for her girls.  We do not know that Richard was a physical or sexual abuser. We know he was, later in life, a repeat thief. However, it is not fair to assume he was a violent husband and stepfather due to his later criminal activity.

In American Homicide, Randolph Roth offers important context about colonial interventions in cases of domestic violence. “Public scorn for abusers and the intervention of neighbors to protect victims…did more than criminal prosecution or the threat of divorce to restrain marital violence” (119). Furthermore, “friends and neighbors had few qualms about interfering in other people’s affairs” (119) including protecting and housing these victims (120). Learning this, I had a new thought about neighbor Rachel Ramsden. Did she come to the Bishop home that morning as a friend who had concerns over the safety of Alice and/or her daughters?

The Bishop and Clarke homes were pressure-filled with a mother worn out with cycles of pregnancies and breastfeeding, growing and preparing food, and endless housework demands. The towns of Plymouth Colony were not quaint hamlets.  They were isolated communities with no stores, little time or place for entertainment, and a moral code that must have, at times, put people at odds with their desires and needs. Mix in Native American raids, rattlesnakes, bears, and hellish winters. Adults and older children would rise early each day to build fires, fetch water, mend clothes and structures, scrounge for meals — not leaving much time for romance or even friendship-building. Marriage and parenting was challenging even before we consider the possibilities of domestic abuse and mental illness.