We mean not to offend. But we’re going to talk about the manner of Martha’s death and the coroners’ investigation. Be warned, there’s going to be some gore.

In the 2011 blog comments and on genealogy sites discussing Alice Martin Bishop (AMB), there are numerous questions about the investigation into Martha’s death.  From the outset, two things must be remembered:

AMB researchers have asked why there was no crime scene investigation report.  There was one:

These show, that on July the 22nd, 1648, we, whose names are underwritten, were sworn by Mr. Bradford, Governor, to make inquiry of the death of the child of Alice Bishop, the wife of Richard Bishop.

We declare, that coming into the house of the said Richard Bishop, we saw at the foot of a ladder which lead into an upper chamber, much blood; and going up all of us into the chamber, we found a woman child, of about four years of age, lying in her shift upon her left cheek, with her throat cut with [numerous] gashes cross ways, the wind pipe cut and stuck into the throat downward, and a bloody knife lying by the side of the child, with which knife all of us judged, and the said Allis hath confessed to five of us at one time, that she murdered the child with the said knife.

Certainly, it doesn’t meet our twenty-first century standards. Where was the blood spatter data? Was a rape kit performed on Martha? Who dusted the knife for fingerprints? These are actual comments we’ve seen or received.

Dear Reader, please remember we’re talking about a crime that occurred over 350 years ago. Our visitors are, by no means, unintelligent. The truth is that we all crave numerous answers about this crime. But unless there are 1648 documents that we’ve yet to locate (and Kristin and Erin are visiting Plymouth in fall 2014 to look), we believe we’ve worked with all primary evidence available.

1648 Plymouth was a community without a police force or medical examiner, both governmental entities that were centuries away from existence in the United States. As colonies developed, they had justices of the peace and sheriffs, similar to those long established in England. However, none of these officials had formal training in crime scene investigation. Rarely, a medical doctor might examine a body on request (see the 1646 Massachusetts Bay Colony murder trial of Mary Martin in Custer, 2), but none such existed in 1648 Plymouth.

Perhaps one of the reasons we want more evidence to peruse is that we seek answers to motive and murderer. More than once, we’ve considered that Richard was the actual killer and that, perhaps, sexual abuse was also involved. Nothing makes us sadder than to think of Martha as a victim not just once, but many times over. Perhaps there was a child killer roaming these Plymouth towns — except we don’t find a pattern of suspicious child deaths.

As Erin has a relationship with her local children’s hospital and pediatric surgeons, we’ve asked their opinion about Martha’s likely cause of death.  Certainly, several aggressive cuts across the front of the neck of a young child (estimated at four inches diameter) would be fatal. Looking at this anatomy image (Brittanica.com), we can see 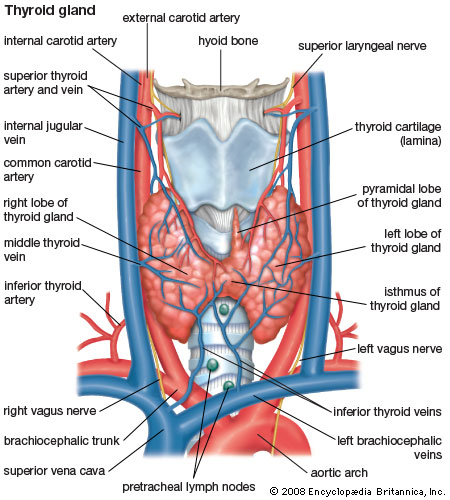 that the superior thyroid artery and vein, carotid artery, and jugular vein are all at play here. The consensus of the medical professionals consulted is that wounds like Martha’s result in bleeding to death as a secondary cause. Truthfully, her death came almost immediately with her lungs filling with blood — in other words, more similar to drowning.

Even if there was blood spatter all over the upper chamber, this was not likely to have mattered to the coroners — the child was dead and the mother had confessed. Unfortunately, that still leaves us with numerous questions as to motive. The July 22 PCR comments include coroners’ statements that they saw “much blood” at the foot of the ladder up to the upper chamber where Martha’s body lay. This is more likely transfer blood from Alice’s body as she descended the ladder after killing her daughter.  It is not as likely that the body of a four-year-old girl, estimated at 35 pounds, would have the blood volume to travel in large quantities down a ladder. Much more likely, this blood saturated her bedding.

We can, conclusively, say the following:

Of course, a murder as grisly and unnatural as this would have incited a great deal of discussion in Plymouth. But none of this, especially as it pertains to motive, are recorded for researchers to review. Even William Bradford, who presided over AMB’s trial, chose not to mention her in his expansive Of Plimoth Plantation. Perhaps the governor found the story so hideous as to best leave it from his history of the colony’s first decades. While there is no evidence Richard, Abigail, or Damaris were shunned for the murder that took place in their midst, I think we can surmise that most in the community just wanted to move beyond this unholiest of crimes.

Similarly, today’s historians and genealogists aren’t fired up to reconstruct AMB’s life, crime, and trial. Hence, the development of this blog. While family history buffs are chomping at the bit for more evidence, the professionals in the field relegate this event to a few sentences, at best. And, truthfully, without their skill set as well as new primary sources, we are left with Martha’s bloodied corpse and her mother who continues to mystify us.

One thought on “CSI: Plymouth Colony”