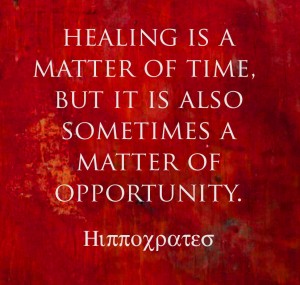 I came to genealogy at peace with familial delusion. My two grandmothers spent a great deal of time trying to convince me we came from esteemed families. Not the wealthiest, but rather the ones who gave to their communities. Not the generals but the soldiers. There are no presidents in our direct ancestry, but there are state representatives, county commissioners, and judges. My family crest should probably read “Progenitor of Civil Servants.”

But the stories I always wanted to hear were about the women. How my paternal grandmother drove the corpse of her newborn baby, tucked into a shoebox, through the night from San Antonio so she could be buried in the home plot in Monroe, Louisiana. How my maternal grandmother married a Cherokee orphan and somehow made a life for herself as a single mother in Enid, Oklahoma, after he abandoned her during World War II.

The men of my ancestry had accomplishments and failures. They uprooted families and left for wars. Some were church leaders and others scoundrels (and some were both). What strikes me about their female partners is that they endured. They made the most of the men’s best-laid as well as ill-conceived plans. Why sure, I’d love to participate in the Cherokee Strip Land Run! But of course — I’m happy to fend off debt collectors while you hide out it in Florida during the Civil War! Sadly, like many interested in women’s history, I found these great grandmothers often relegated solely to the status of wife of, daughter of, mother of. But, just as it was with my tenth great grandmother Alice Martin Bishop (AMB), I knew these women’s lives counted for more — we simply had to be intentional in our research, creating context from what remains.

When I came upon the genealogical evidence that connected me as a direct AMB descendant, I knew she was not the same kind of genealogy gem as, say, finding out you were related to Abigail Adams or Margaret Sanger. Alice Martin Bishop is outstanding because she murdered her four-year-old daughter, Martha. She hanged for it.

Quickly, I found numerous sources that discussed the AMB case and theorized on why she had sliced through the windpipe of her second child. But, truth be told, most of this is gossip. It assumes we know her motives. It spews disparagement or tries to justify her behavior. I looked, endlessly, for a fully cited, academic piece that would add relevant context to AMB’s life. I couldn’t find one.

Perhaps, professional and amateur genealogists who are related to her are either not interested or too embarrassed to claim her in print. I have yet to find one article about AMB in any genealogy serial. Books specifically written with a sensationalist tone for the reading public, such as Robert Ellis Cahill’s New England’s Cruel and Unusual Punishments, nearly revel in spilling gruesome and salacious details on dozens of life-ending crimes, but there’s no mention of Alice. Even historians of colonial America relegate only a few sentences to her. I am university trained in both women’s studies and history, and so this fact baffles me. If there were ever a historical mystery that deserved thorough research and consideration, this seemed to be it.

In 2011, I decided to claim Alice Martin Bishop as my own. Certainly, I share her with thousands of descendants, and I felt compelled to present her story. I did not do a good job of it the first time. I made historical errors and convenient assumptions. Those writings were the original blog posts for AliceMartinBishop.com.. I have since taken those down. Now, in 2014, I am replacing that blog with what I hope is a more academically rigorous gaze upon my 10x great grandmother.

Alice Martin Bishop is tough to redeem, and I have not set out to do that here. I did make better use of source material and practiced a higher caliber of genealogical research after reading Eugene Stratton’s Applied Genealogy. I did not want to be another genealogy hobbyist spreading questionable “facts” across the Internet.

If there had not been my murdering foremother, I would not be here today. If she had chosen to kill her third daughter instead of her second, the same would be true. Some of us dabble in genealogy because we want to be descendants of Mayflower families, Pocahontas, President Lincoln. We seek prestige. I am a different genealogy girl — carrying on my grandmothers’ intentions and yet tracing back to family they may have preferred forgotten.

I belong to Alice Martin Bishop and this is her story.